A Kenosha police officer walks back to his squad car after police investigated a report of possible active shooter at the Carthage College on Monday afternoon. It was later determined it was a false alarm. 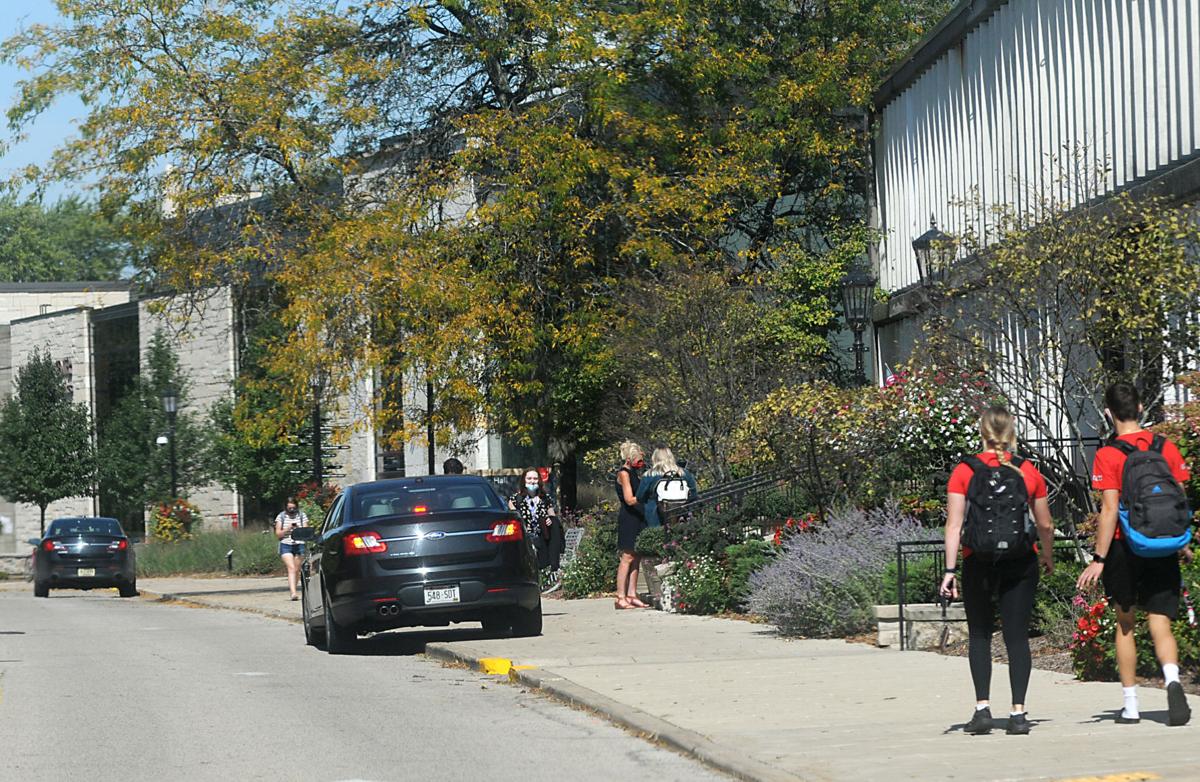 Carthage College students carry on with their business while passing police vehicles after Kenosha police Monday afternoon gave an all-clear advisory after they investigated a the report of possible active shooter at the campus on Kenosha’s lakefront. It was quickly determined that inaccurate text messages issued after Kenosha County Sheriff’s deputies searched for a driver who fled a traffic stop near Carthage were the source of the false alarm.

Reports of an active shooter Monday afternoon at Carthage College brought a large police response to the area, but were quickly determined to be false.

Kenosha County Sheriff’s deputies and city police were involved in a foot pursuit of a suspect who had fled from a traffic stop Monday morning in the vicinity of Alford Park and the Carthage College campus, and that appeared to spawn unfounded warnings by text messages of a potential shooter on campus.

Police quickly dispelled the false rumors but conducted a search of buildings and grounds on the Carthage campus out of “an abundance of caution,” Kenosha Interim Police Chief Eric Larsen told the Kenosha News at the scene.

According to police radio traffic and information at the scene, students shared text messages that there was an active shooter on campus, with a least one student warning people in a building that there was a shooter in the area. That prompted 911 calls to police. But none of the callers reported hearing gunfire or seeing a gun, only that they had heard someone say there was someone shooting.

Traci Parker, spokeswoman for Carthage, said the college had been notified by law enforcement about the search for a suspect near campus Monday morning.

“Following the apprehension of the suspect, a call was made to the Kenosha Police Department from an individual inside the Straz Science Center indicating they believed there was an active shooter, giving police a specific location inside the building,” Parker said in an email. “In a debrief with Carthage officials, the Kenosha Police Department indicated they responded to the call, isolated the area of concern, cleared the building, and did a thorough search of the area. They found no evidence of an active shooter present or having been present on campus. It was determined there was never a threat to the Carthage campus.”