In the late 1990s, investors swooned over all things internet-related. Any new company with a website ending in “.com” was targeted for profit as the price of tech stocks soared. The NASDAQ started swelling with initial public offerings (IPOs). Venture capitalists poured money into tech and internet startups, while investors with no previous experience purchased common shares in these new companies. Enthralled by the hype instead of fundamentals, these novices invested their hard-earned money on companies that had significant challenges, hoping to eventually score a windfall.

During this time, a new, non-invasive, surgical technology arrived that purported to both alleviate back pain in adults and allow injured overhand throwers to regain their fastballs. The technology involved thermal shrinkage of collagen. By meticulously applying heat to the annulus of a bulging disc or to a stretched-out shoulder capsule, one could surgically denature the collagen fibers, allowing them to necrose and re-heal in a shortened position and tightening the loose tissue that contributes to the overlying pathology. 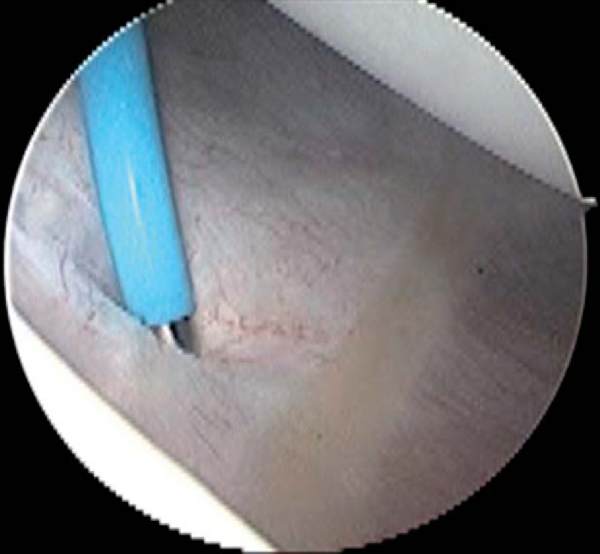 Oratec Interventions (incorporated in 1996 and promoted at its aptly named website, www.oratec.com) was one of the earliest companies to harness monopolar radiofrequency energy into thermal surgical instruments that could be used intradiscally in the lumbar spine or arthroscopically in the shoulder.

“The two things that are changing . . . are medical technology and information technology.” (Bill Gates)

I first heard of Oratec toward the end of my orthopedic surgical residency in the late 1990s. We started using their monopolar “Vulcan” thermal probe to shrink the glenohumeral joint capsule in patients with shoulder instability. You could literally see the capsular tissue shrink before your eyes at arthroscopy. It was so easy even a junior resident could do it. We even started to use the thermal probe to shrink partially stretched ACLs and to sculpt degenerative menisci in the knee. During fellowship, we experimented with painted, striped, dotted, and grid patterns of applying heat to the tissue to see which one worked best. It was exciting to imagine the endless applications for this technology.

Oratec Had a Promising IPO

Common stock of Oratec Interventions debuted on the NASDAQ on April 4, 2000, under the ticker OTEC at an IPO price of $14 per share. Like other hot technology stocks, the price would go on to ramp up nearly 250% within a few weeks. By that time, I was making attending money, and I knew that I wanted to invest in the latest technology that was revolutionizing orthopedic surgery. I recalled the advice from famed Fidelity Magellan Fund manager Peter Lynch to investors, “Buy what you know.” Since I, and many other orthopedic colleagues, used Oratec’s products regularly, I felt that I was well informed about the company.

By May 2000, I chose to hop on this technology skyrocket. I forked out an entire month’s gross pay to purchase OTEC, now at $34.16 per share (my cost basis) and waited for my investment to flourish. Even though the price hovered in the $30s for the first several weeks of my ownership, I was confident it would accelerate once again. Little did I know that the tech market was starting to crash during this time, eventually taking my rocket investment down with it. Five months after my initial purchase, the price per share dropped to $6 and never rose out of single digits again.

As Wikipedia notes, “At the height of the boom, it was possible for a promising dot-com company to become a public company via an IPO and raise a substantial amount of money even if it had never made a profit—or, in some cases, realized any material revenue. Most dot-com companies incurred net operating losses as they spent heavily on advertising and promotions to build market share as fast as possible. These companies offered their services or products for free or at a discount with the expectation that they could build enough brand awareness to charge profitable rates for their services in the future.”

The optimistic short-term clinical results for thermal capsular shrinkage of the shoulder, which showed that injured throwing athletes were successfully returning to play, fueled the initial enthusiasm for this technology and the potential profitability of Oratec. Other short-term studies on the intradiscal electrothermal therapy (IDET) procedure of the spine showed similar positive results that rendered manual laborers as back-pain free. However further research and scrutiny yielded more dismal results.

Longer follow-up studies actually showed an unacceptable 30% failure rate with return of instability symptoms in shoulder patients. Complications from the heat application were discovered, such as axillary nerve injuries, permanent capsular necrosis, and debilitating chondrolysis to the shoulder’s articular surfaces. Further studies showed that thermal capsular shrinkage proved to be no better, and oftentimes worse, than established arthroscopic methods to treat shoulder instability. Similarly, studies of the IDET procedure showed just a 50% improvement in back pain in an unpredictable 50% of treated patients.

By December 2001, OTEC was selling at $4.61 per share. Thermal capsular shrinkage was starting to fall out of favor with surgeons. Prominent shoulder surgeon Charles Rockwood, MD declared the arthroscopic thermal probe as the “tool of the devil.” I was completely devastated from my investment and demoralized for my patients. Resigned to cutting my losses, I panic-sold at $4.61 per share, an 86.5% drop from my cost basis. By 2002, international healthcare conglomerate Smith & Nephew bought out (or should I say bailed out) OTEC at a generous $12.50 per share, still less than their IPO price.

“You should never form judgments from the front page headlines. As with a contract, the fine print on the inside pages should be carefully studied.” (Harry S. Truman)

Red Flags I Should Have Seen Before Investing

I am not an accountant, and in 1999 I did not know how to read a prospectus, balance sheet, or cash flow statement. Like many novice investors, I just got caught up in the dot-com craze and wanted to capitalize within my industry. In retrospect, there were several potential red flags in the financial statements that an astute investor would have identified in OTEC that made it a risky investment.

Investors can look at revenue trends to determine a company’s growth potential. Consecutive years of negative revenue can foretell a poor prognosis for a company. The company may not be performing well and may be too risky an investment since more creditors finance operations than investors. The prospectus for Oratec noted in the Statement of Operations that the company incurred net losses of approximately $6.8 million, $11.3 million, and $9.7 million, respectively, in the three years leading up to IPO.

The cash flow statement is believed to be the most intuitive of all the financial statements because it follows the cash made by the business in three main ways—through operations, investment, and financing. The sum of these three segments is called net cash flow.

Use of Proceeds Section of the IPO Prospectus 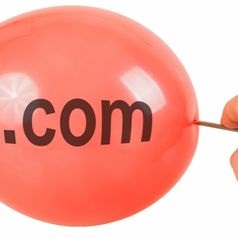 The Use of Proceeds section of the IPO prospectus helps the investor understand where the invested money is going based on the company’s future prospects. The Use of Proceeds in the Oratec IPO prospectus described using a significant 21% of the proceeds from the sale of common stock to pay off existing debt. History has shown that proceeds used in this way lead to poorer long-term performance. Also in the prospectus, management reserved “significant discretion in applying the net proceeds of this offering” and to use some of the proceeds “for general corporate purposes”–not a comforting reassurance of where your money is actually going.

“Those that fail to learn from history are doomed to repeat it.” (Winston Churchill)

During the euphoric times of the dot-com era, many investors ultimately suffered losses from tech stock companies with poor fundamentals that didn’t live up to their hype. I was devastated to lose an entire month’s pay investing in OTEC. I learned that even if you are familiar with what a company does and the products they offer, you still must do your due diligence if you are considering investing in them. That means scrutinizing their financials.

Peter Lynch’s original recommendation was seriously flawed, and he later clarified that familiarity with an industry was just a starting point and that you really need to dive deeper into a company’s financials before investing. I also learned not to get caught up in the hype of the next sure thing. Instead, I now heed the recommendation from magnate Warren Buffett to “be fearful when others are greedy.”

Furthermore, I rarely invest in individual stocks anymore. Ninety-seven percent of my current investment is now in index funds via a three-fund portfolio to minimize risk and volatility. Luckily for me, I learned my lesson early in my investing career, such that the loss of a month’s pay from a speculative stock 20 years ago has proven to be barely consequential to my portfolio today.

[Editor’s Note: Jerome Enad, MD (aka BruinBones on the WCI/Bogleheads Forums) is a board-certified orthopedic surgeon who reached financial independence and retired from active clinical practice at the age of 55. This article was submitted and approved according to our Guest Post Policy. We have no financial relationship.]

Tech Employees Are Having to pay $75K for Leg-Lengthening Surgical treatment: GQ

Tech Employees Are Having to pay $75K for Leg-Lengthening Surgical treatment: GQ